Messages of condolences continue to pour in from the world over for the departed Transit Crew guitarist and founding member, Samaita Zindi, who succumbed to prostate cancer early this week. His death comes close to that of fellow founding member, Munya Nyemba, who died of a heart attack back in 2016; both demises have left the once-vibrant local reggae outfit the poorer.

Transit Crew manager Taonga “TK” Mafundikwa drew a photograph from the archives that has both Transit Crew legends in it and he posted on his FB timeline:

“This pic was taken a few years back and the visual clearly indicate a happy lot!! However two of the pillars within the Transit Crew reggae band are no more. After the demise of Elder Munya Nyemba who succumbed to a heart attack in 2016, we went on to lose elder Samaita Zindi two days ago who succumbed to prostate cancer.  Samaita, mi bredrin, fare the well Rasta. U were a blessing and a gift to humankind. U will forever be missed. MYDRIEP.”

A foreign fan of the group, Tor Age Schunemann, had this to say about the loss:
“I’m so saddened to receive this news. Remember Zindi very well. Beautiful person. Great loss to the Zimbabwean music community. May he Rest In Peace,” while another international colleague who followed Transit music closely, Zuluman Liontribe, wrote: “RIP mi bredda. Almighty Jah Bless your soul as you make your final journey to Zion.”

Zindi, a brother to music professor Fred Zindi, was one of the founding members of Transit Crew back in 1988, after Misty In Roots drummer Munya Brown decided to stay behind in Zimbabwe following a performance. He teamed up with Tendai Gamure (a.k.a Culture T), Emmanuel Frank, Munya Nyemba, Samaita Zindi, Temba Jacobs and Anthony “Leba” Amon to form what was arguably the best reggae act on the domestic scene.

Transit Crew released three albums namely Sounds Playing (featuring the hit song Reggae Malytas), The Message and Money, all of which were overwhelmingly received across the globe. In 1990 they toured Japan’s capital city, Tokyo, on a working visit that lasted six months.

Over the years, the group has been playing instruments for visiting international acts apart from having shared the stage with renowned outfits that included the likes of the group Culture, Ijahman Levi, Shabba Ranks, Dennis Brown and Eric Donaldson.

Riding Into the Heart of the Wilderness: Mavuradonha Mountains

Sat May 19 , 2018
“Bitten by the Africa bug” during a wildlife safari in Hwange National Park, that incredible week in the wild––on horseback––called me back to Zimbabwe. An unexpected outcome, for a rider like me from western Canada. […] 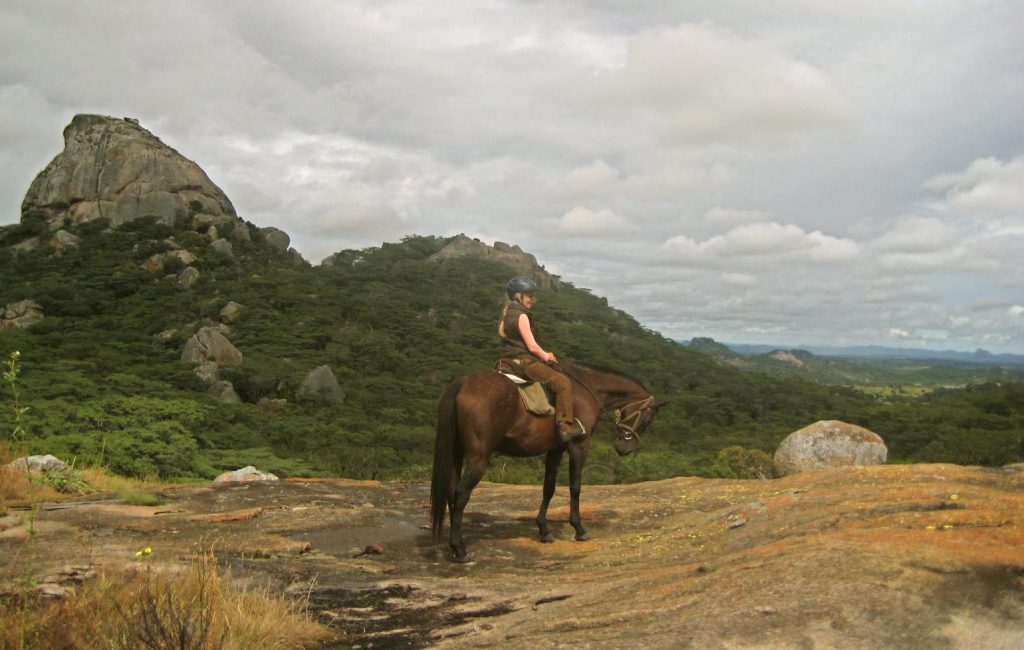 Leap into Valentine’s Day, Sparkling With a ‘Diva’

Nyanga. Your New Home Away From Home

The Book Report: The Dalai Lama’s Cat by David Michie

VIP Hosting: Bringing The Sparkle to Luxury Events in Zimbabwe

In conversation with Karen Tselentis

I’ll raise a toast to that!

Bianca Bosch // “The Kissing Booth 2” – Actress on the Rise

The Truth About Sugar

World Lion Day in Celebration of a languid, lithe and lovely beast.

Homesick for a Handshake: Art in the Time of Coronavirus

Pro Tips on Ordering Seafood in a Restaurant

Two tragedies on the road

Sherry – One Of The World’s Best-Known Fortified WINES

“wild dogs”; what’s in a name?…a rose by any other name would smell as sweet…

Ecotherapy for Mental and Physical Health

Skyscapes, cloudscapes; mindscapes and byscapes; The stuff I dream into……

Staying Grounded During the COVID-19 Pandemic

Are Exercise and Physical Activity the Same?

Confessions of a Kombi addict

WINE Letters Of Christmas Telling Me…

Painting and Sketching in my Garden of Eden; But Winter is Coming

All things athleisure and streetwear with Dean Hunda

Scientists are One step closer to Male Birth Control

12 Things Every Wine Lover Should Know

Til Death Do Us WINE – A Colmant Kiss

Complicated! Living A Little With A Red WINE Blend

The Loss of an Icon

Heaven in the Hills with Mbuso Travels

Is Fear of Judgement standing between You and Your Fitness Goals?

The Book Report: We Were Liars by E. Lockhart

Industrial Design Protection: What Every Fashion Designer Should Consider Before Hitting the Runway

Dating in Harare – Jumping into a new Relationship

Harare Magazine’s Person of The Year: The Zimbabwean

12 Reasons Why Your Low-Carb Diet May Not Be Working

What is it about OWLS?

Watch your Habit, Not your weight

In the Dell at La Rochelle

Healing With Horses in Bulawayo and Harare

Spring is in the Air

Welcome to Issue 11 of Harare Magazine

What are the issues around childhood obesity?

The age of the side chick

Nando’s is Open for Business!

The Gift of a Lifetime

Personality of the Month: Mr. Ross Kennedy The Tourism Boffin

A heart-warming WINE that beckons you home – Shiraz

A refreshing take on fashion in Harare with Chiedza Mahere a.k.a DiaryOfSmurfDinkie

Dating in Harare: The gift that keeps on giving

The Book Report: The Paris Wife by Paula McLain

The Enchantment of Mbira

Chardonnay Darling, Be My Wine

The Revolution Will Not Be Texturized!: Kinky Curly Naturals Hair Salon

What is Digital Marketing?

Welcome to Ammartia with Ammara Brown

Riding Into the Heart of the Wilderness: Mavuradonha Mountains

Standing ovation for PTQ at HIFA

About last weekend…Spotlight on HIFA

THE HISTORY OF THE CASTLE TANKARD

Harare’s Wetlands: 5 Things You Should Know

About last night…Davido in concert at HICC

Denny Marandure, ZOL CEO – A Man on a Mission

Team Up to Clean Up

In Fashion: An interview with Joyce Chimanye of Zuvva School of Fashion

5 Reasons Why You Should Be Drinking More Red Wine

Should the fashion industry invest in their Intellectual Property?

February – The Month of Love and Flirting with Wine

Why You Should Hire an Event Planner

The Book Report: Cutting for Stone by Abraham Verghese

Exclusive interview with Battle of the Chefs’ Joseph Bunga

Personality of the Month: Brian Mataruka

Gardening in the Summer

Four tips to stay healthy in the Holiday Season

How to Wine & Dine in the Summertime

Getting in Shape for Your Wedding

The Jam Tree and The Crafts Store

Letter From the Editor – Issue 6

Personality of the Month: Barbara Mzembi

Interview on the Fashion Industry with Crystelle

Gorgeous and Glamourous – Fashion and Lifestyle

Decorating Your Home on a Budget With Little Paris

Recipe of the Month – Chicken Masala

The Story of Motocross

Winter is Upon Us

A ‘Chenaneni’ ride for fashion designer

Decorating on a budget

Is this the new face of Ogilvy in Zimbabwe?

ZiFm Personality of the month

Recipe of the Month

An Experience never to be missed

Dance With Mitzi and Mel!

A Tale of Passion and Purpose: Carol Nyazika

History of the Castle Tankard

For the love of music- Jam signal

We use cookies to ensure that we give you the best experience on our website. If you continue to use this site we will assume that you are happy with it.Ok